At this time of year it gets darker and earlier and so the idea for a party or the garden came up "Let's build torches ourselves" on. So on YouTube and get inspired. Torches with oil or with wax was now the question. The base material should be a roll of toilet paper. We just decided to test both.

DIY torches | You need to do this yourself

For our test we have a total of 2,4 kg candle waxs searched together. The wax came from old unused candles, burned down candles or leftover wax. The wax did not cost anything in this case (before, but not for this test 🙂). who Buy wax extra must, should 500g wax / candles get cheap for 1-2 € in the store or Order cheap wax / candles online. We bought for the oil Sunflower oil for 0,97 € the 1 liter in the discounter.

After we have already tested the whole thing, here you will find a list and measurements for the things that you need and should work well in the ratio.

➨ Toilet paper roll (3-ply) or kitchen roll
➨ approx. 500ml OIL (Sunflower oil or other)
➨ Container or plate (for sucking up and soaking the oil)
➨ tongs (to turn and turn)

Do it yourself torches with wax

For the DIY wax torch you will of course need wax, the more the better! We have a total of 2,4 kg. We could get out of that 5 toilet paper rolls and 1 kitchen roll 6 wax torches do it yourself.

For each torch made of wax that was approx. 400g with approx. 500g you really have enough for one torch. It also always depends on how much you pour wax over or immerse. With 400g we only had the most essential wax absorbed, more could not hurt.

A Electric grill was enough to get the wax from 40 degrees to melt. Old table as a base. A ladle to stir. Barbecue tongs were great for turning the toilet rolls and removing the hot torches with wax.

The wax is completely melted, now you can soak a toilet paper roll full of wax. From the halfway point you turn it.

Danger! Please be careful with children! HOT! Don't let anything fall in, it can splash!

The DIY torch with wax is ready and can be taken out of the pot to cool and dry. Place them on the prepared surface.

We do the same with a kitchen roll. The bigger the pot, the better. The grill tongs help a lot.

Then put 3 toilet paper rolls in the pot at the same time so that it goes faster. Only with plenty of wax in the pot!

Note: the more paper a kitchen roll or toilet roll has, the more fuel it has and can absorb more wax, which can increase the burning time. Pouring wax over it several times to get a thicker layer of wax affects the burning time in the same way. That means you need a lot more wax, of course! Read more about wax!

The toilet roll and kitchen roll just have to be completely soaked with oil. The best thing to do is to use one tall pot. With what we took, not really good for turning and vacuuming

According to our knowledge, should 500ml is enough for one toilet rolln. We feel that a kitchen roll should be a little more, but we used 500ml for the torch made of oil for testing. It is best to leave them on a plate until you are ready to use them.

Now we want to know! What burns better, longer, nicer? What is the difference between a toilet roll and a kitchen roll or wax and oil? We line everything up and set them on fire at the same time!

Tip: To light up, just take a few drops of grill lighter or, if you have one, the wicks from the candles!

After 4 minutes, all DIY torches will have a nice flame. The kitchen roll with oil obviously doesn't burn down so quickly from above.

The wax extends the flame down faster, which doesn't mean it will burn down faster. There is a nicer big flame. The oil, on the other hand, only burns slowly from above, the flame appears smaller.

You already have the feeling that torches with wax burn down faster. A torch made of paper towel and wax burns down the fastest. The oil amazes us a little.

We can't recommend a DIY torch made from paper towels with wax. Either there was not enough wax or, due to the structure, there was more air in the kitchen roll, which then burns off faster.

Furthermore, the DIY torches with toilet paper are still burning very well. The kitchen roll with oil still burns, but for how long?

An hour has now passed and you can see which torch is still well in the running.

The torch with kitchen paper and oil only has a kind of Bunsen burner flame and is as good as out. The remaining two DIY torches are still burning where the flame that dances with wax creates more.

It is drawing to a close. On the right the torch with oil only has a small flame on top. The left torch still has a bigger flame, both will probably go out soon.

The two DIY torches made of wax and OIL went out almost at the same time, unbelievable. Now we can draw a conclusion. 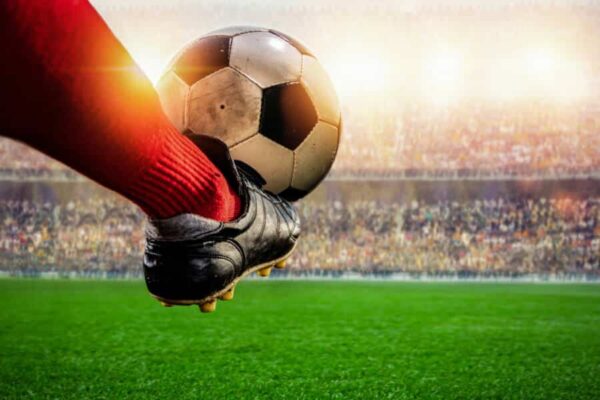 To the football betting game  Sponsors: (your link)

Test results & conclusion: DIY torches do it yourself

Making wax torches yourself with children is a great leisure time and fun. So you still use the remaining wax from burned candles. It's quick and easy with oil, it burns for about as long! Have fun making torches.

* Product images & links | Source: Amazon PA API | Last update on 8.12.2022/XNUMX/XNUMX | * = Affiliate links | Prices quoted on this website may have changed. The actual price of a product can be found on the seller's website. Real-time updates are technically not possible. Prices including VAT plus shipping costs

Information is important to me when it comes to purchasing a new product. So I read and research a lot on the internet. I write on Ehrliche-tests.de about topics or products that interest me and I test products that I have bought and presented. These experiences, product tests, tips & recommendations can be helpful when purchasing or a topic. If you have any questions about a post, product or topic of mine, write me a comment or an e-mail.

A small team of authors and product testers write guides, product tests, field reports and test reports on topics and products. Provide tutorials or DIY to imitate. Honest product tests, experience reports & product comparisons are a good support for a purchase decision. Have fun browsing and reading on the Honest Tests|Blog!